A brief 320is run down if you're not familiar with this particular model:http://www.e30zone.net/e30zonewiki/index.php/320iS

This an Italian car brought into the country by it's Italian owner, this is not a 320is bought over by an importer. It's been in the UK approximately 6 years. The car had 100,000km before it had the MPH clocks fitted which now have 31,700 miles on them. Therefore a total of approximately 94,200 miles.
The car came to me with partial service history but a bundle of receipts which I have added to considerably. A three inch thick ring binder documents work done/parts bought.

I flew to Edinburgh in 2009 to buy this car after viewing various E30 M3's, I never envisaged selling this car as it is my dream E30 after owning them for the past eleven years but maybe it's time to move on. The sensible boring reason is the funds would be better used in bricks and mortar.

- Body
Standard two door 320is with MTechII kit.
Resprayed a few years ago by a previous owner who was a professional detailer ( I have his contact details). The paint is still in lovely condition and subject to my detailing addiction.
At the same time as the respray most of, if not all the external trim and clips were replaced.
I recently removed the kit to inspect for rust. The only rust I found was from screws in the rear arch lips holding the bodykit on, the screws had corroded and it had stained the body. So the area was ground back to clean metal, rust proofed, zinc sprayed, etch primed, painted and waxoiled. The screws were replaced by the correct plastic rivets. The rest of the body covered by the bodykit had a coat of waxoil and at the same time all cavities were treated with cavity wax. The underside of the car including the wheel arches was thoroughly cleaned and degreased before also having a coat of waxoil.
The body regularly goes through a thorough detail using a clay bar, Menzerna polishing compounds, Chemical Guys glazes/polishes/waxes/sealants. If I was to write down the detailing process I use it would fill an A4 sheet. Unexpectedly won a show & shine event.
Smoked headlights and indicators. (I still have the original lights)
E30 M3 Sport Evo' bonnet to wing seals.

- Chassis
H&R coilovers, these were already fitted when I bought the car but I removed them to clean and inspect them. One front shock had a perished seal so both front shocks had were sent off to be refurbished. The rear adjustable spring perches were corroded so were replaced. All threads were thoroughly cleaned and covered in copper grease on installation. (Regreased on a regular basis).
Racing Dynamics adjustable anti-roll bars.
Racing Dynamics strut braces.
BMW negative camber front top mounts.
Ireland engineering rear shock top mounts.
E30 M3 eccentric control arm bushes.
Polyurethane rear trailing arm bushes.
BMW rear subframe bushes with void fillers.

The only points left that I haven't yet remedied are the offside wheels have two minor kurb marks and the front lower bumper has stone chips/marks that is part & parcel of a lowered car.

I'm in no rush to sell the car, it's tucked away in my garage under a cover on a trickle charger.

Price, now I'm sure this will lead to debate on owners club forums etc. I viewed various E30 M3's before taking advice and looking at 320is'. I found that E30 M3's for a similar price needed an engine refresh and welding/bodywork without any upgrades.

I have not yet sent the relevant paperwork to the DVLA requesting removal of my personal registration, it normally takes two-three weeks. 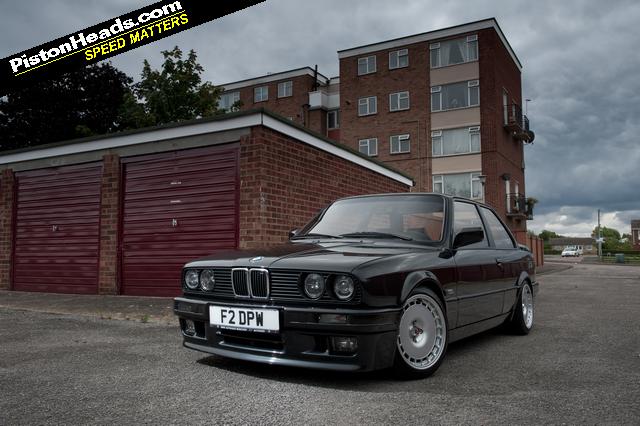 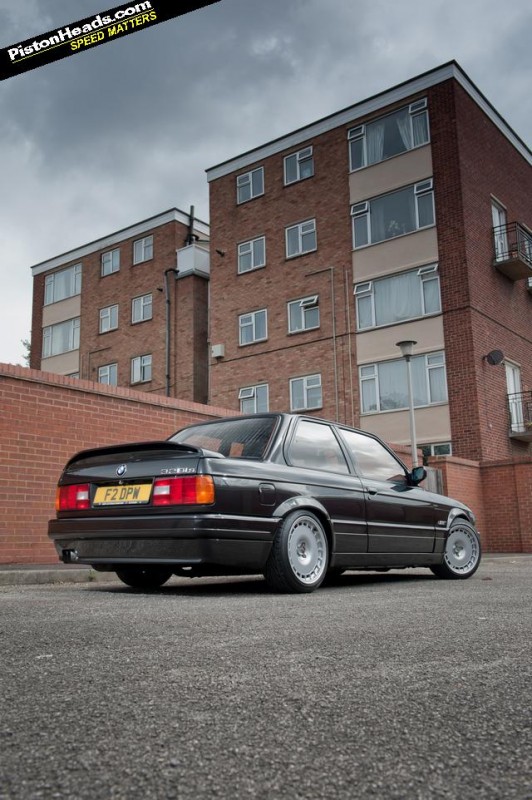 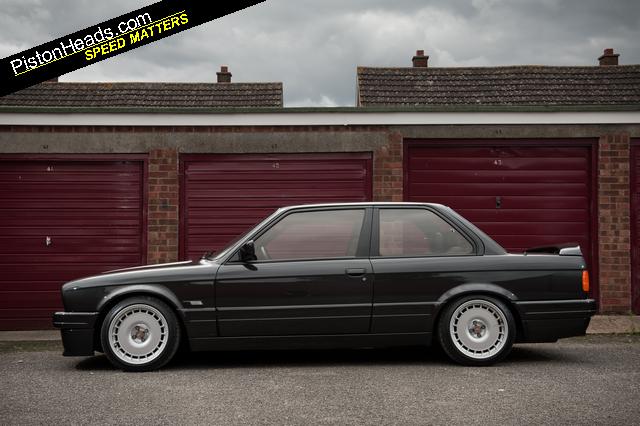 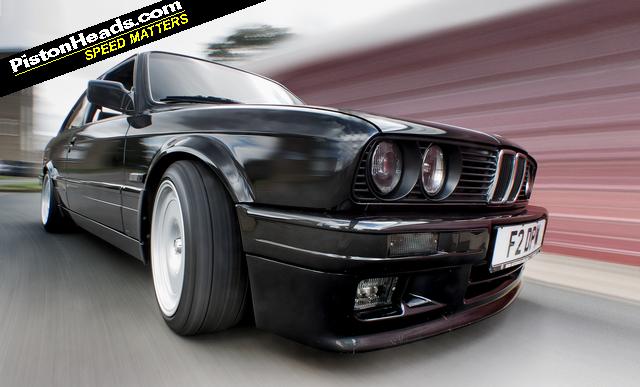 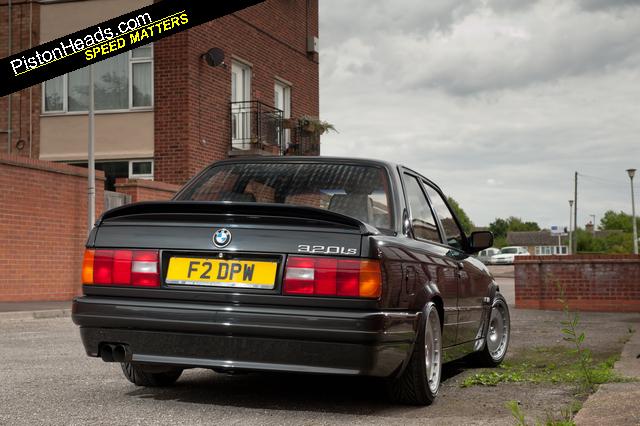 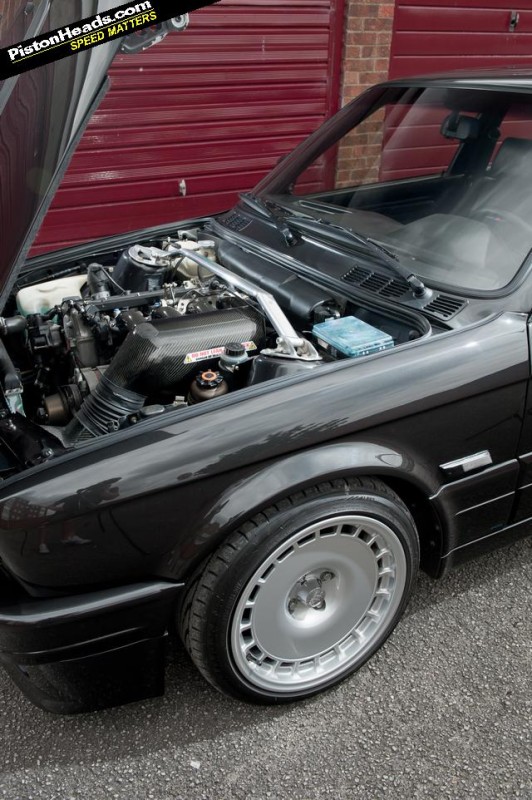 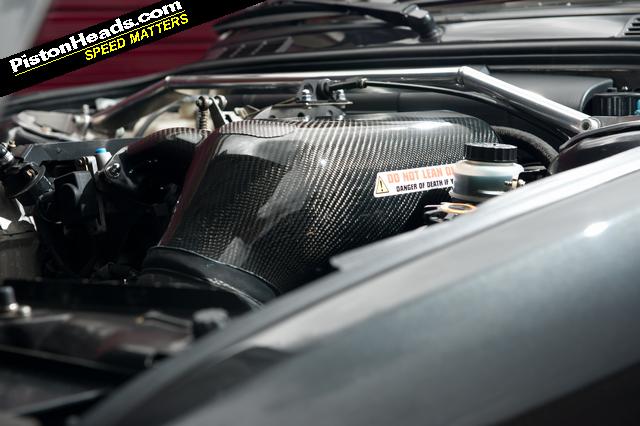 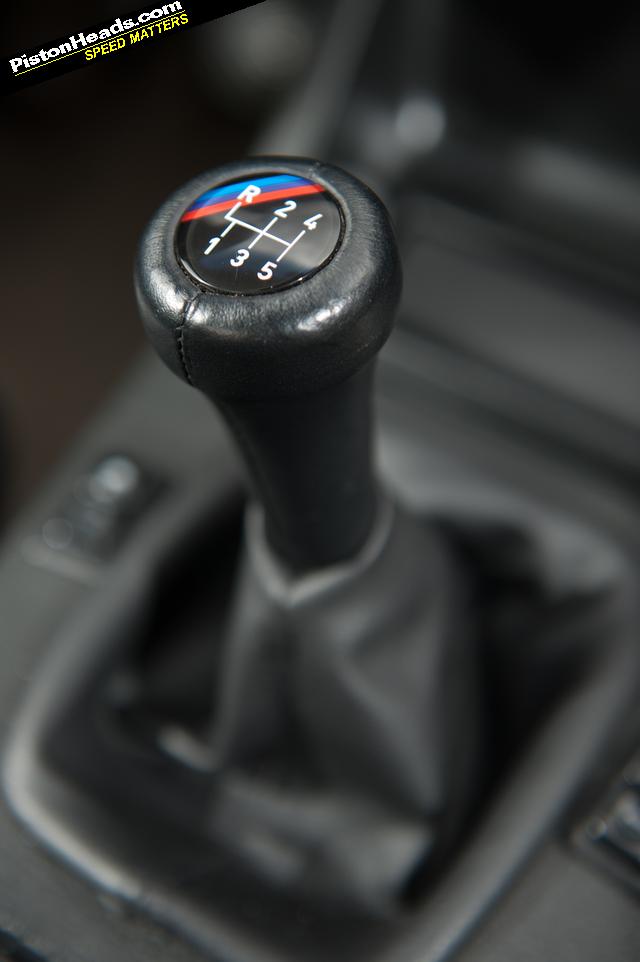 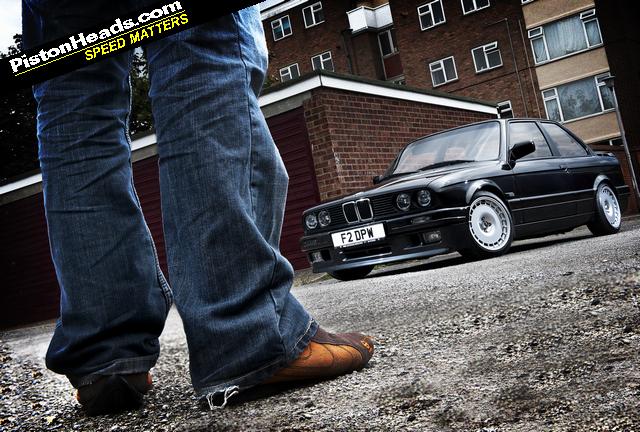 I HAVE SERVICE BOOK WITH 13 STAMPS...

THERE YOU ARE..ALL FROM SAME GARAGE..AND SORRY ABOUT DATES MIX UP..

ITS A SWITCHTRONIC MODE G/BOX..YOU CAN CHANGE GEARS USING THE SHIFT BUTTONS ON THE STEERING WHEEL..THE SHIFTS..[CHANGES]..ARE SUPER RESPONSIVE..0-60MPH IN 5.7 SEC..ITS NUMBER 204 MADE ..IN 1997 WHEN IT WAS LAUNCHED WAS DESCRIBED BY AUTOCAR AS..[THE BEST SPORTING SALOON ON SALE]..AWARDING IT A 5 STAR RATING..340BHP..CAME AND REGISTRED IN UK 03/07/2002 BY VINES BMW OF GUILFORD...OBVIOUSLY FROM GERMANY.. 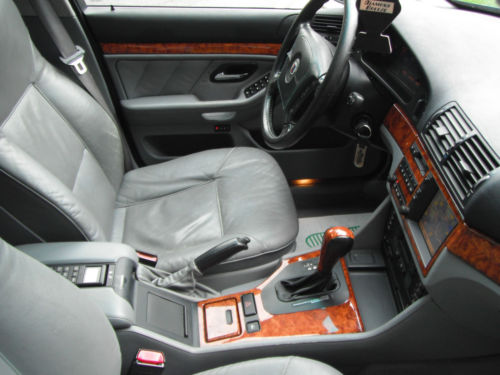 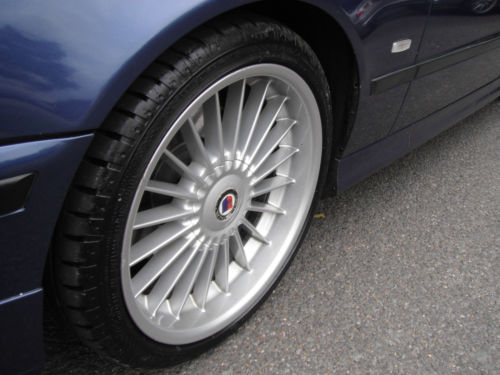 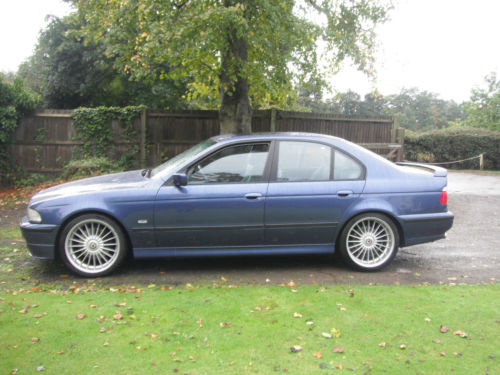 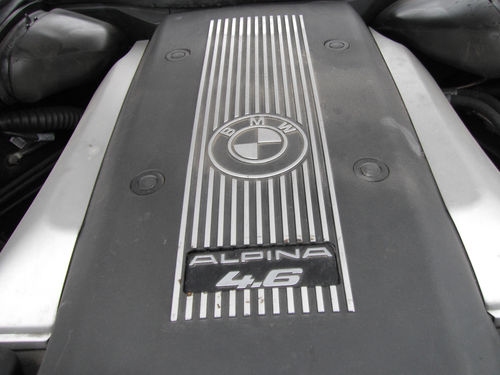 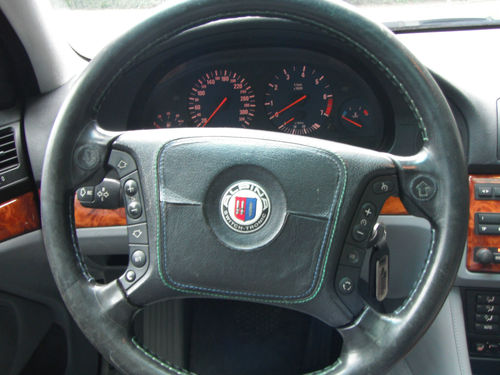 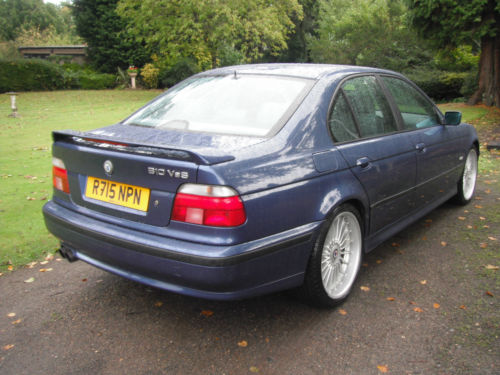 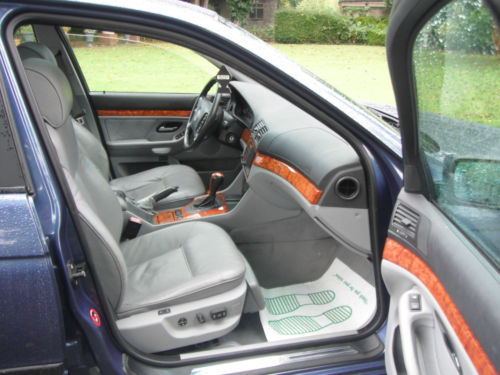 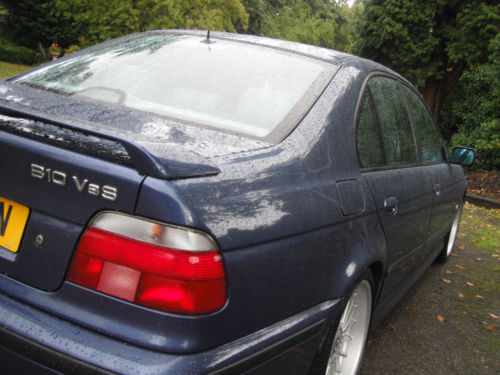 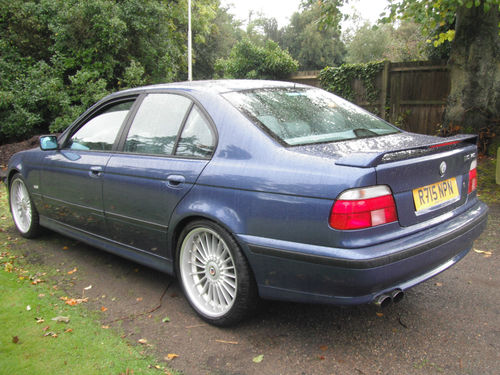 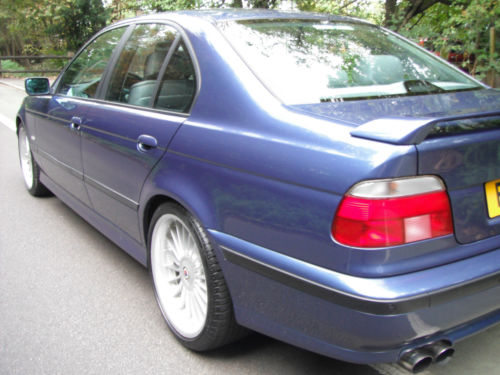 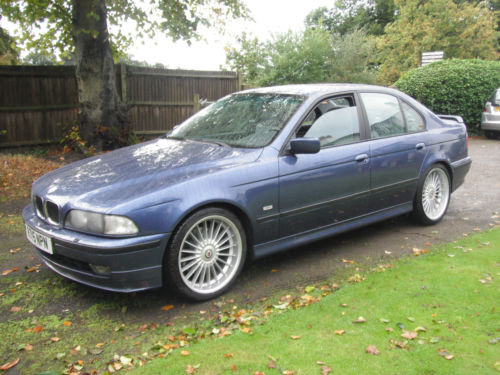