This has to be one of the most practical supercars of our time. And without a doubt a car that is only just being recognised as an opportunity for investment. This particular car was an original BMW HQ Motorsport car, and was then sold to a private collector whom collected this and an M3 in October 1997 from BMW Motorsport HQ in Germany. I have proof of this car entering the UK along with a whole host of documentation I will show to any prospective purchaser. One item the car does not have is a stamped history folder, which although I know will have an affect on it's final sale price, I judged the car on it's condition and it's drive. I know very little of these car's, which is part of the reason I am selling it so shortly after purchase (I bought the car on 23/01/2009) along with it's size, and for another reason I will detail later. This car has to be seen to be believed, it's not a museum piece (yet), but is as close to an unabused E34 M5 you will find.

The engine is a 3,795cc that is in fantastic order. It has been used properly, never, ever taken over 3000rpm until the oil is up to temperature (the previous owner was adament this car was not abused) and has been maintained regardless of cost. The servicing was done at local garages in Ross-on-wye and is as required by BMW yearly, albeit the car had not done the miles required. The power steering, auxiliary and air con belt's were changen anually! I have had these done today and the ones that come off are in as new condition! The car starts perfectly, and is as sweet sounding as any good M5 that has been cared for, and as the BMW technician said today, most of these are now showing signs of them becoming "affordable", and not cared for. I am saving this one from that fate.....by selling it. I cannot afford to maintain this car the way it needs to be maintained. I can assure you, it will be an expensive toy to maintain, but boy when you drive it will it thank you

The gearbox is as slick today as it was when new. It must be, it feel's perfect. Like any new car - no movement or "play", just to the point. Clutch is also in fantastic order with it's typical M5 long throw, it changes gear and pulls like a train, no, like an M5.

Brakes are again amazing, having recently had new discs & pads all round. An exhaust was sent from Germany and fitted also quite recently, so the sound is perfect.

The interior is usual BMW leather, nice heated seats, with very very little signs of wear. The M5 only gearknob illuminates as it should, and all lights work fine. Being a German car, the dash is German, and therefore in kilometres, although there are 30, 50, 70 & 90 markers (Yes, that's 90!). The in-dash commands are also German, which is great if not that useful!

I have the original manuals, in both English & German copies. These are valuable on there own.

Points that want to be issued, or rather, would be required to make the car perfect:
The EDC occassionally turns itself off (Not a problem if going with aftermarket shocks) (EDC Nicht Aktiv).
The front suspension is "floaty", and really wants new shocks fitted (I have some available).
The front bushes could do with being replaced sometime soon to tighten up the front end.
The heater works on level 4 only.
There are 3 marks on the top of the rear bumpre, none bigger than 50 pence piece.
There are 3 blemishes on the car which are no larger than 50 pence piece.
The wheel's would benefit a re-fubishment.
Would ideally have an original radio installed.
Requires a new BMW bonnet badge.
I scratched the boot lid (12" long x 2), not too deep but there & snapped the telephone aerial during the snow.

Tbh, that list seems much worse than it is. I have the shocks available, but they are £1400 worth of shocks, so won't be given away. All the blemishes / marks will cost no more than £200 at the best bodyshop. Bushes, £100 + fitting?, Wheel Re-furb - £200 - and that'll be a top refurber. Badge - £10.
I can assure you I have forgotten more good about the car than I have listed, but as long as everything "bad" is listed then it's all fair I guess? Serious enquiries please come and view. You will not be test driving the car without your driving license, valid insurance and two forms of I.D. with your name and home address, so pelase bring with you if you'd like to drive it! 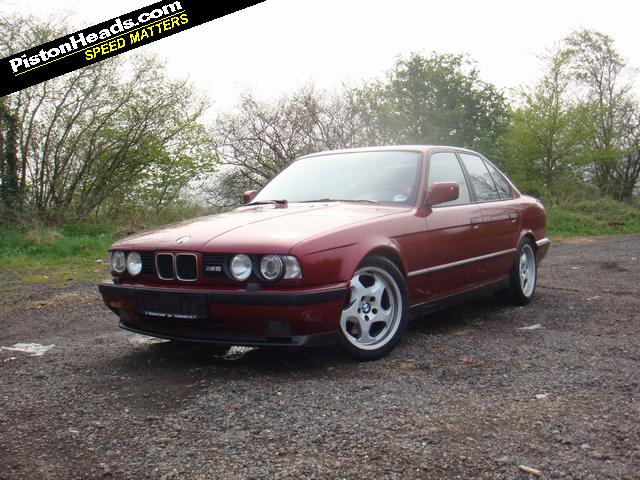 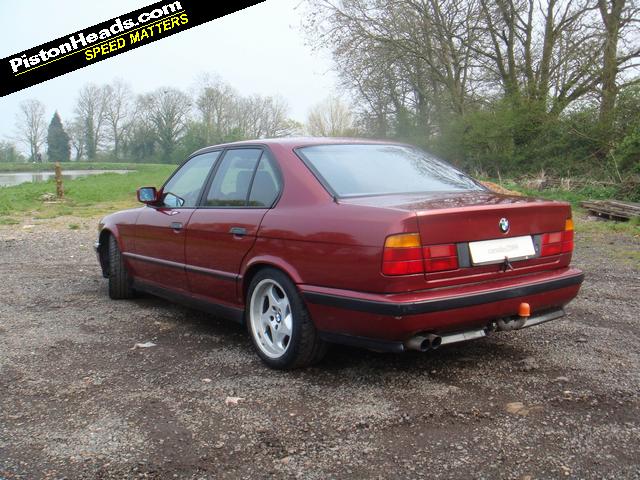 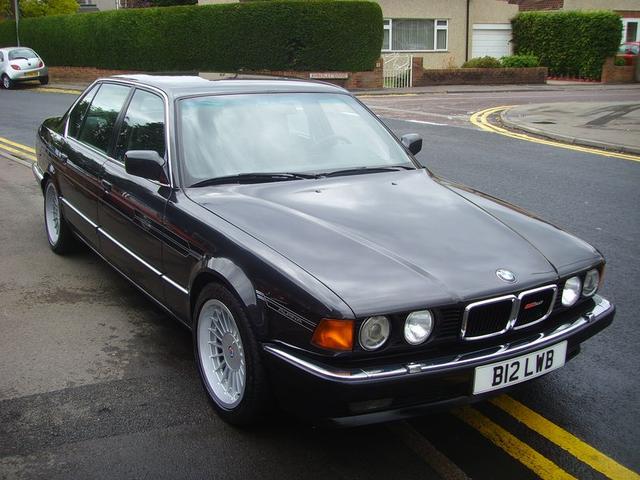 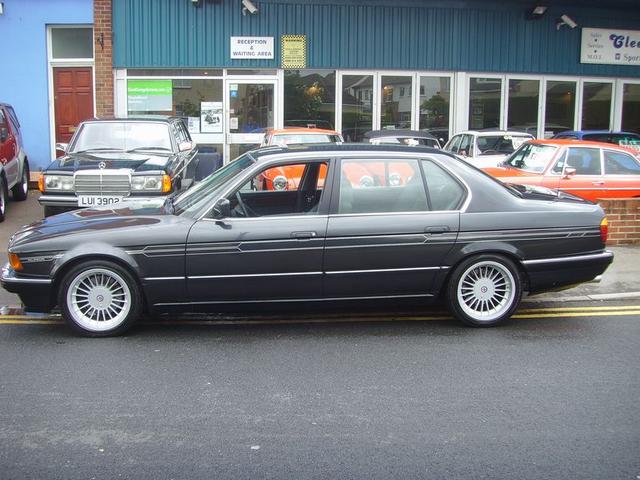 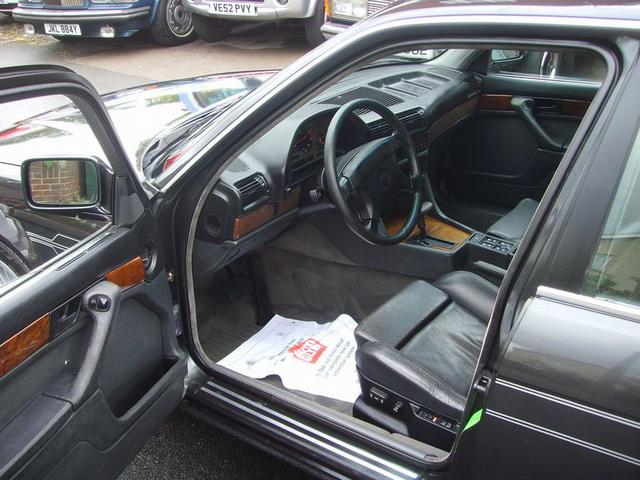 Intended first and foremost as a racecar, the M1 was the very first car to wear the now legendary 'M' badge. BMW needed to build just 400 cars to ensure homologation for Group 4 but eventually 453 were handbuilt between 1978-81 proving to the world that a genuine 'supercar' could combine dramatic styling and mid-engined excitement with daily usability and practicality. BMW Motorsport's highly acclaimed 3.5 litre straight-six with dry-sump lubrication produces an unstressed 277bhp - good for 162mph and a 0-100mph time of 13 seconds. But, above all, what distances the M1 from any of its exotic rivals is its poised and forgiving handling allied to a truly astonishing level of ride comfort. Refined and sophisticated, Munich's first and only supercar displays none of the temperament that afflicts so many exotics. A great all-rounder, the M1 is unique - LATIN STYLE, TEUTONIC ENGINEERING.....................FOR MORE INFORMATION AND IMAGES PLEASE CONTACT US. In its 27 years Chassis 4301188 has covered barely 3700 miles. The car is original throughout! 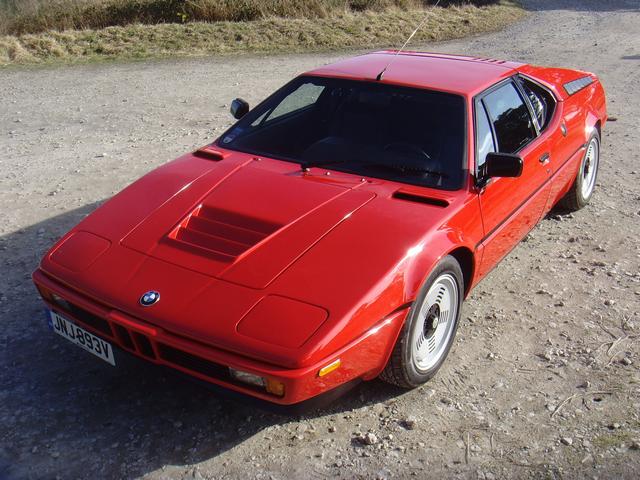 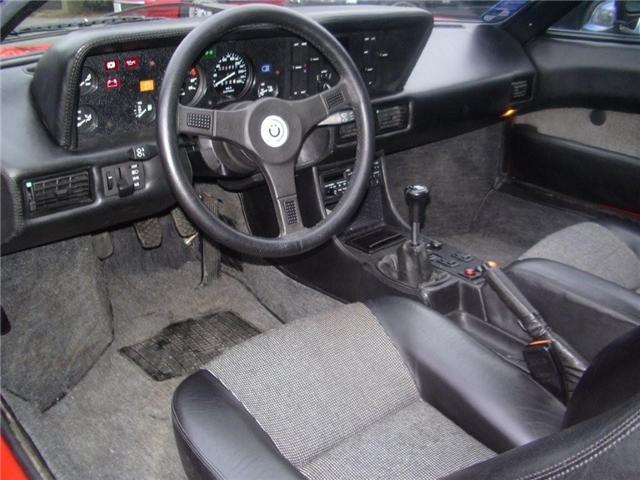 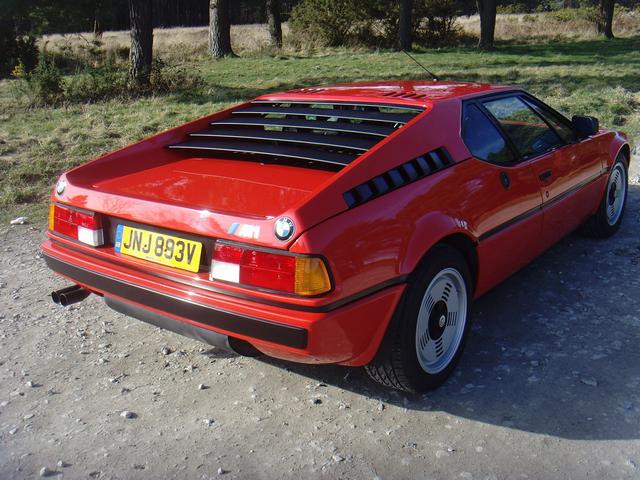 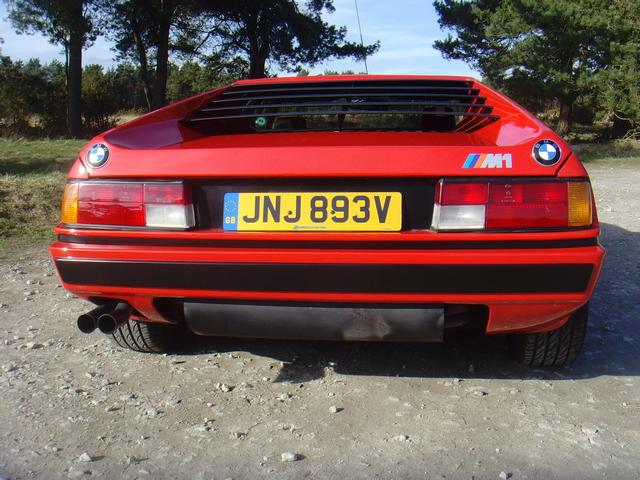 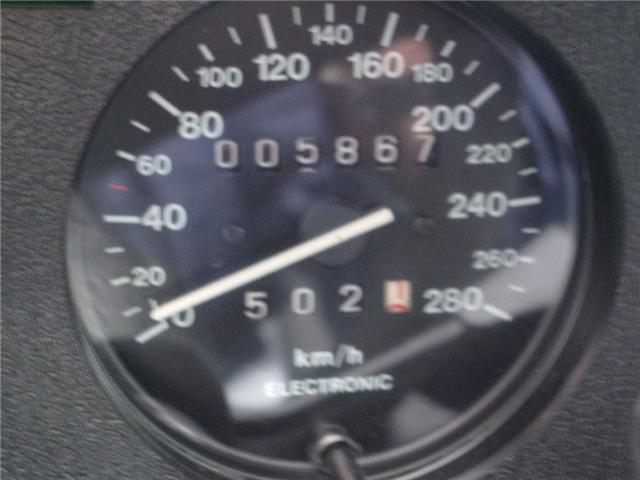 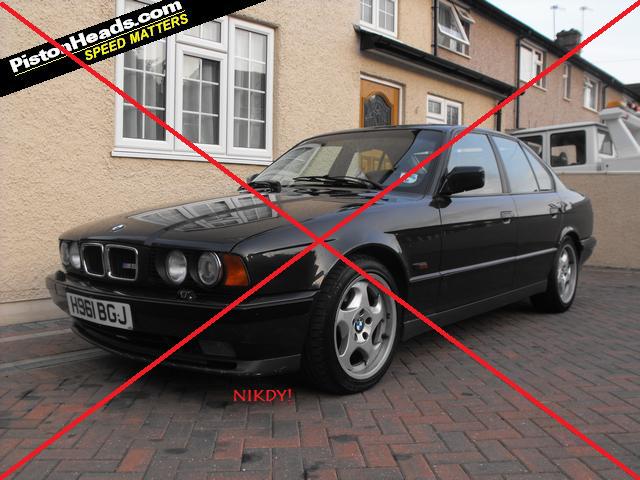 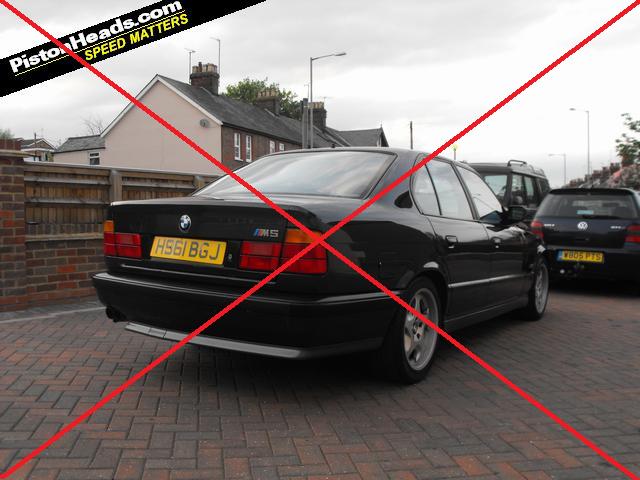 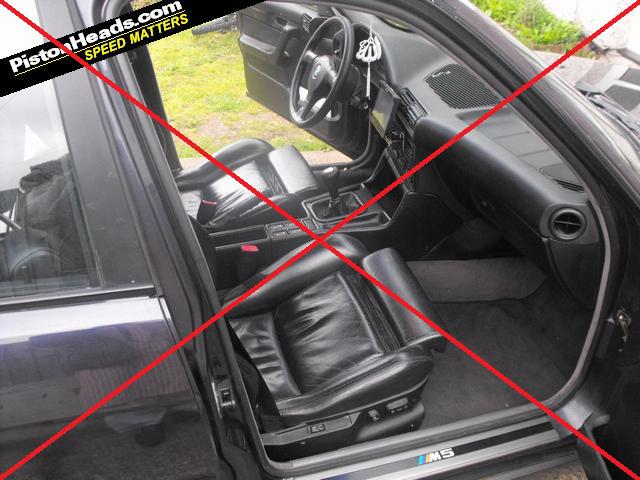 Current owner four years. FSH (specialist/Dealer) The car has been maintained regardless of cost,by Phil Crouch at CPC and Coopers BMW in 2008. The head was re- built in 2004 by Phil and all bottom end and gearbox seals i had replaced in 2006. Parts replaced include a New Rad,Turbo Coolant pump,Rear Suspension Strut from Alpina through Sytner BMW and New front and rear tyres (Bridgestone Potenzas and Michelin Pilots)and Battery at great expense. The car has been regulary serviced every year. Large Folder of paperwork of all bills and additional work carried out on car.

The In Car entertainment is special and was fitted by the last owner.
It fetaures a slide out 7" Kenwood DVD touch screen Headunit (see photo)with 10 disc multichanger in the boot,which plays CDs and DVDs and comes with full remote control and uses the exsisting BMW 8 speaker system.

The car is protected with a Thatcham Cat One Alarm with Remote locking via Key Fob.

I have all Spare keys, Drivers Handbook in German/English, and all supporting paperwork for the car. 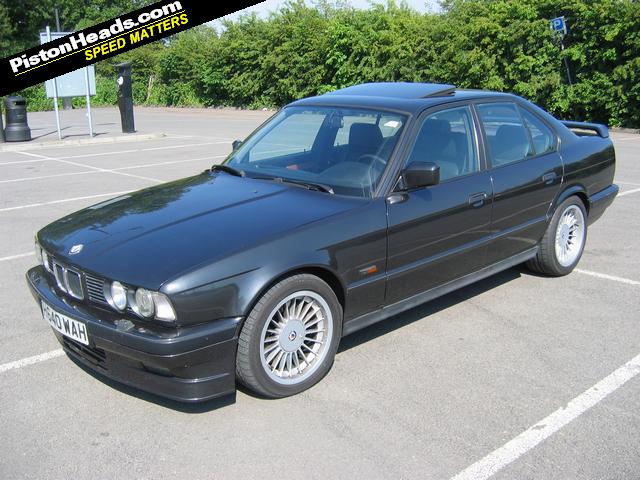 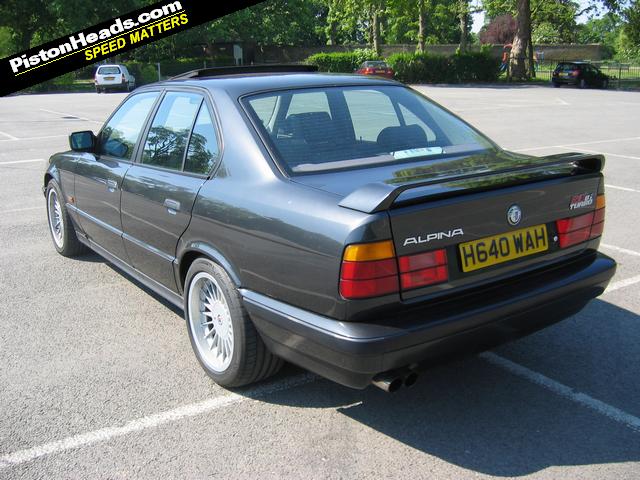 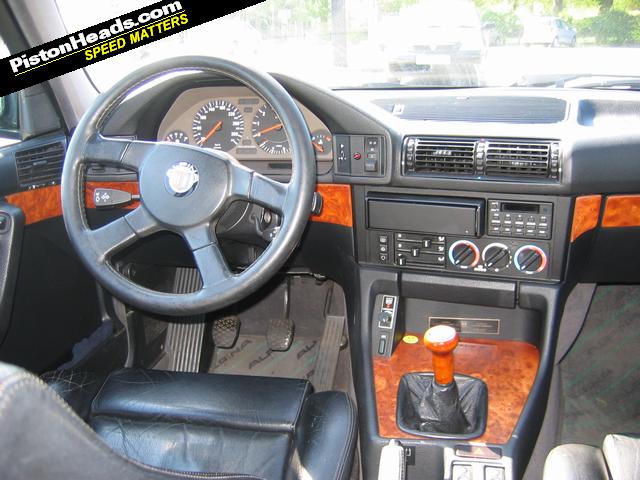 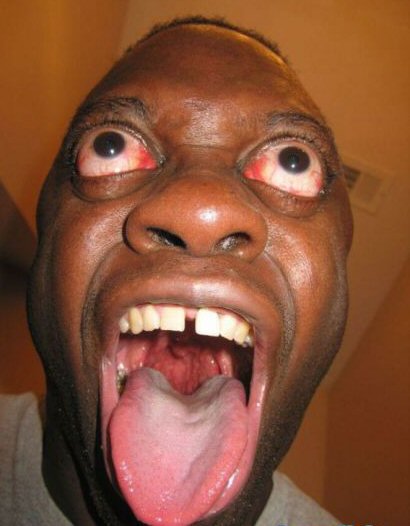